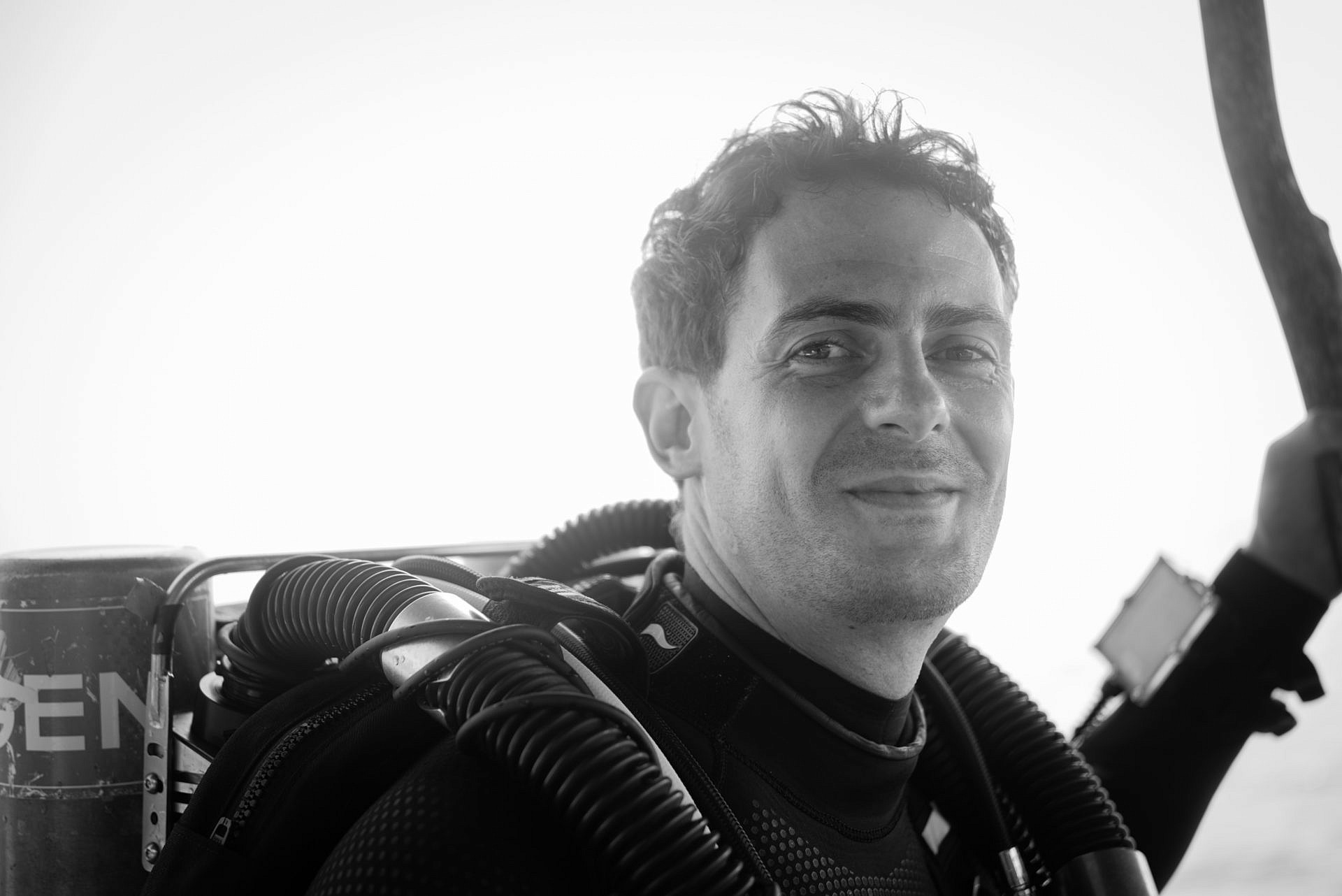 The more we know, the better we can preserve

Alexis is a French marine biologist, technical scientific diver and amateur photographer. He has conducted various marine ecological studies worldwide during his career, logging hours on and under the sea. After spending more than 4 years living and working in Indonesia for an environmental consulting company, he founded the French-based non-profit organisation UNSEEN (“Underwater Scientific Exploration for Education”) in 2018. He now uses close-circuit rebreathers for the exploration and study of poorly-known underwater ecosystems, particularly Mesophotic Coral Ecosystems (MCEs), up to a depth of 120 metres.

Since an early age, he had a strong interest in photography, particularly of the natural world. During his university studies, he started to get more and more into nature photography, especially of small terrestrial critters such as invertebrates. His life-long passion for the oceans and watching the new generation of underwater adventurers like Laurent Ballesta, have motivated him to explore and photograph the underwater world as well. Few years after graduating from a Master in marine ecology, he finally made his first steps into underwater photography.

IMAGES ARE A POWERFUL TOOL TO RAISE AWARENESS, EDUCATE AND GATHER PEOPLE AROUND CONSERVATION ISSUES

In 2018, he has been awarded grants from the prestigious National Geographic Society and the Institut Français d’Indonésie to conduct a pioneering research project on unexplored deep reef habitats, off the North-East coast of Bali, Indonesia. Together with his team, Alexis is using technical diving to access depths of up to 120 meters and bring back unique images of wildlife and animal behaviours. By documenting these deep habitats and associated biodiversity for the first time, he hopes to raise awareness not only on their intrinsic beauty, but also on their ecological roles and importance, notably for emblematic species such as the Bump-head sunfish, Mola alexandrini. He also aims to better understand the connectivity between MCEs and shallower reef systems and the threats the mesophotic zone is currently facing, in order to help improving marine conservation efforts. For more information about this exciting and still on-going project, you can visit UNSEEN’s official website by clicking here.

Feel free to contact him if you have any questions or for any collaborations on scientific and photography-related projects.